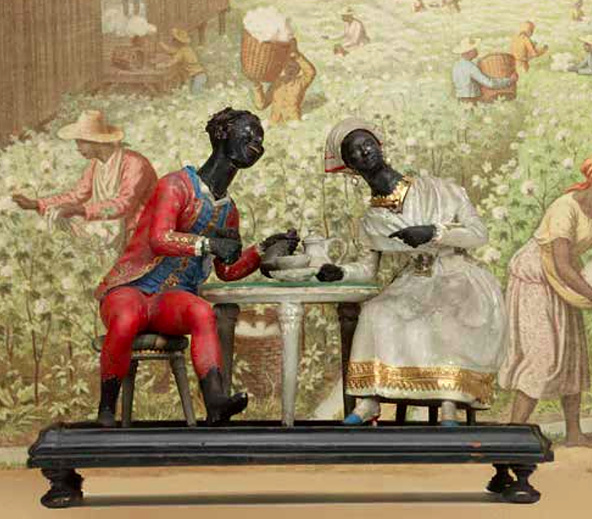 A RARE FRENCH COLONIAL SCULPTURE OF A COUPLE FROM THE FRENCH WEST INDIES, DRINKING RUM AND CHOCOLATE 18th century